For decades Wall Street has promoted the idea that investment success can only be achieved by entrusting one's money to the smartest, hard-working analysts who consistently pick the "right" stocks, the ones that will do better than the market. I can recall in the late 1990's suggesting to the trust department where I worked that perhaps we should index a portion of our client portfolios. It was not well-received.

As time passed and heavyweights from academic finance researched the actual results of fund managers, the wisdom of index investing became hard to refute. Given the popularity and success of index investing, why should investors consider deviating from the index recipe?

The co-founder of DIMENSIONAL FUND ADVISORS, David Booth, worked with a team at Wells Fargo in the early 1970's that created the first index fund. It was a common trust fund and not available outside the bank. Wells ultimately decided there wasn't much of a future in index investing and gave their research to Jack Bogle, who used it as a springboard to launch Vanguard.

Because of Booth's ties to academic research, he believed there was evidence of a better investing strategy than simply indexing. Relying on research from Ken French and Noble laurate Eugene Fama, Booth set about to design funds that tilted toward small and value stocks, tilts that research suggested produced higher returns than the market alone. The academic work showed this effect was robust across different time periods and even in foreign markets.

When Booth started Dimensional, it was far from certain that the discoveries of academic research could yield benefits in practice. Today, Dimensional offers investors many of the benefits of index investing (low costs, tax efficiency, diversification) but with tilts (small, value, profitability) and disciplined processes (patient trading, securities lending) that have demonstrated an ability to deliver superior performance.

While it won't happen every year, the chart below shows just how well our approach has delivered a successful investment experience for our clients. 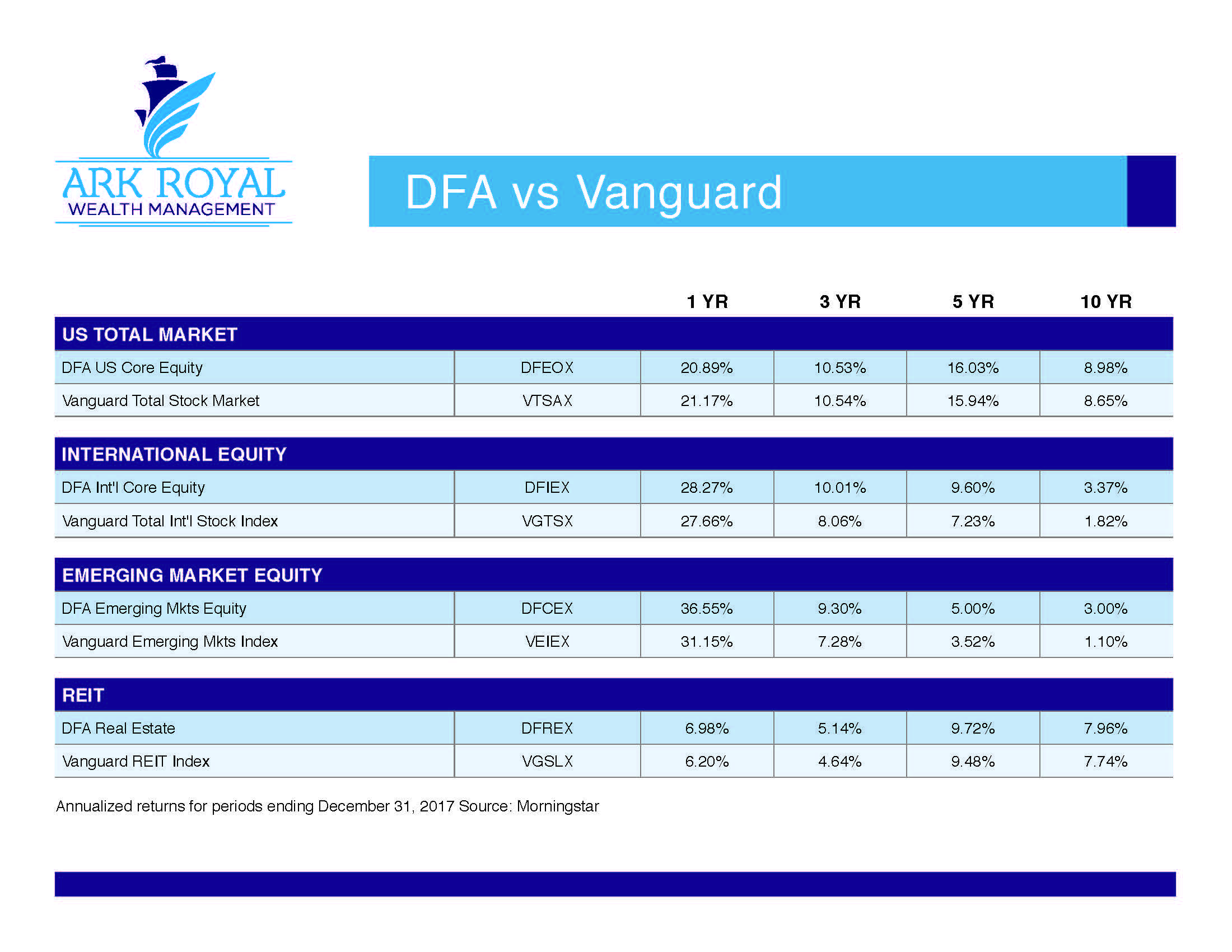