If you haven’t watched the TV show Ted Lasso on AppleTV, I think you will find it very entertaining. For the uninitiated, the premise of the show is an American football coach is hired to be the manager (British soccer speak for “coach”) of an underperforming English soccer club. Lasso knows next to nothing about soccer but espouses positivity and knows how to push the right motivational buttons.

One of Ted’s projects is to improve the play of Sam Obisanya. After a mistake during practice Lasso calls Sam over and asks him if he knows what the happiest animal on earth is. Sam, clearly confused, says no. Ted explains that goldfish are happy because they have a ten second memory; “Be a goldfish, Sam” is Lasso’s encouragement.

Investors would be wise to “be a goldfish” during the inevitable times when the equity markets abruptly and unexpectedly go down. And since we’re experiencing an unprecedented famine in market declines, now might be the time to reflect on the market’s normal volatility. As the chart below illustrates (source: JP Morgan), the average intra-year decline is about 14%. Investors shouldn’t be surprised or alarmed if we experience such a decline (or worse) in the coming months. That’s not a prediction, just a reminder of what the averages are when it comes to investing. So, when such a time comes, be a goldfish. 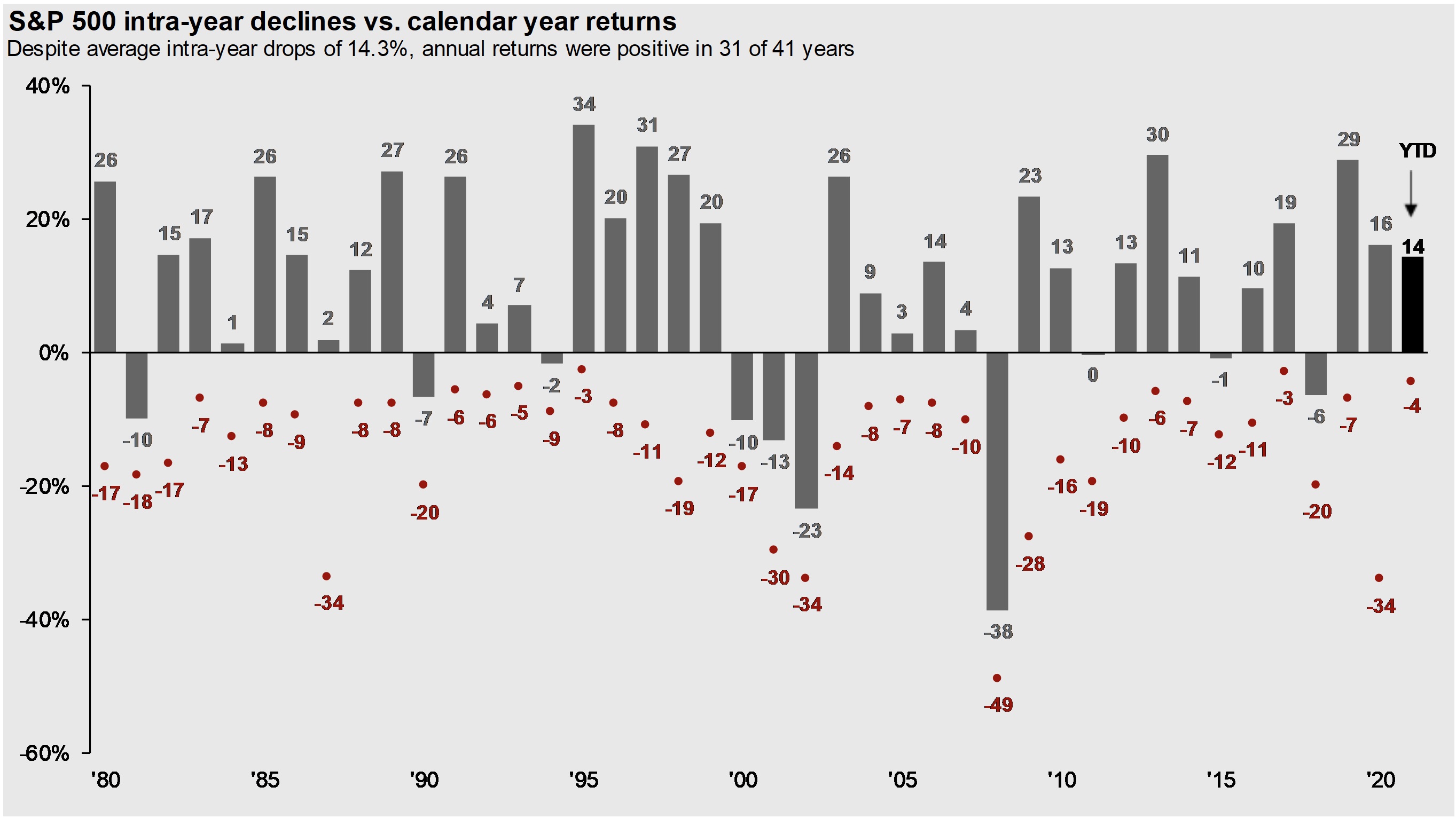