Berkshire Chairman Warren Buffett has traditionally held investment management “helpers” like Mr. Yusko in low regard. The reason? They add little or no value relative to their cost. Buffett and his sidekick, Berkshire Vice Chairman Charlie Munger, also had plenty of harsh words for cryptocurrency, an investment which Mr. Yusko just last October predicted would quintuple in value over the next five years. For those of you keeping track at home, bitcoin has declined about 35% since Mr. Yusko’s prediction. We’ll come back to Mr. Yusko’s penchant for cryptocurrency and his track record managing ETFs in another blog post later this month.

Morgan Creek serves as investment manager for the Morgan Creek-Exos SPAC Originated ETF (symbol: SPXZ), a fund focused on SPACs which had about $12 million in total assets as of the end of 2021. Since inception in January 2021, the fund has lost about 46%. But that’s not the focus of this post. What I find interesting is how Morgan Creek presents that performance (see chart below). By framing the bottom of the y-axis at $10, rather than zero, makes the visual of the performance not appear so bad. It also seems to imply that $10 is the floor. Talk about putting lipstick on a pig! 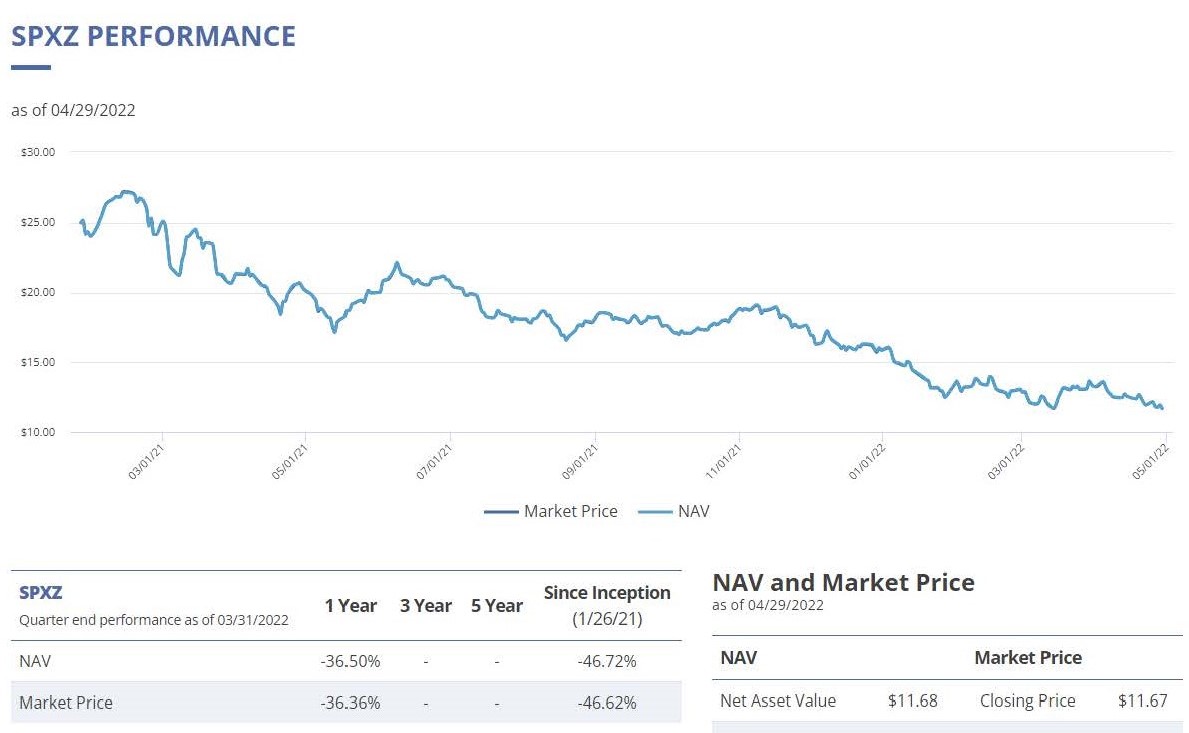 This “chart crime” is why I think Yusko could benefit from some time in Omaha. Buffett and Munger represent the best ideals and ethics of any investment partnership. They treat their investors’ capital as they would their own. They believe in transparency and honesty, even when dealing with unpleasant news.

The Berkshire way is to own your mistakes and downplay your successes. Tell (and show) things as they are. Adversity doesn’t build character, it reveals it. How Morgan Creek markets their investment offerings tells you all you need to know.