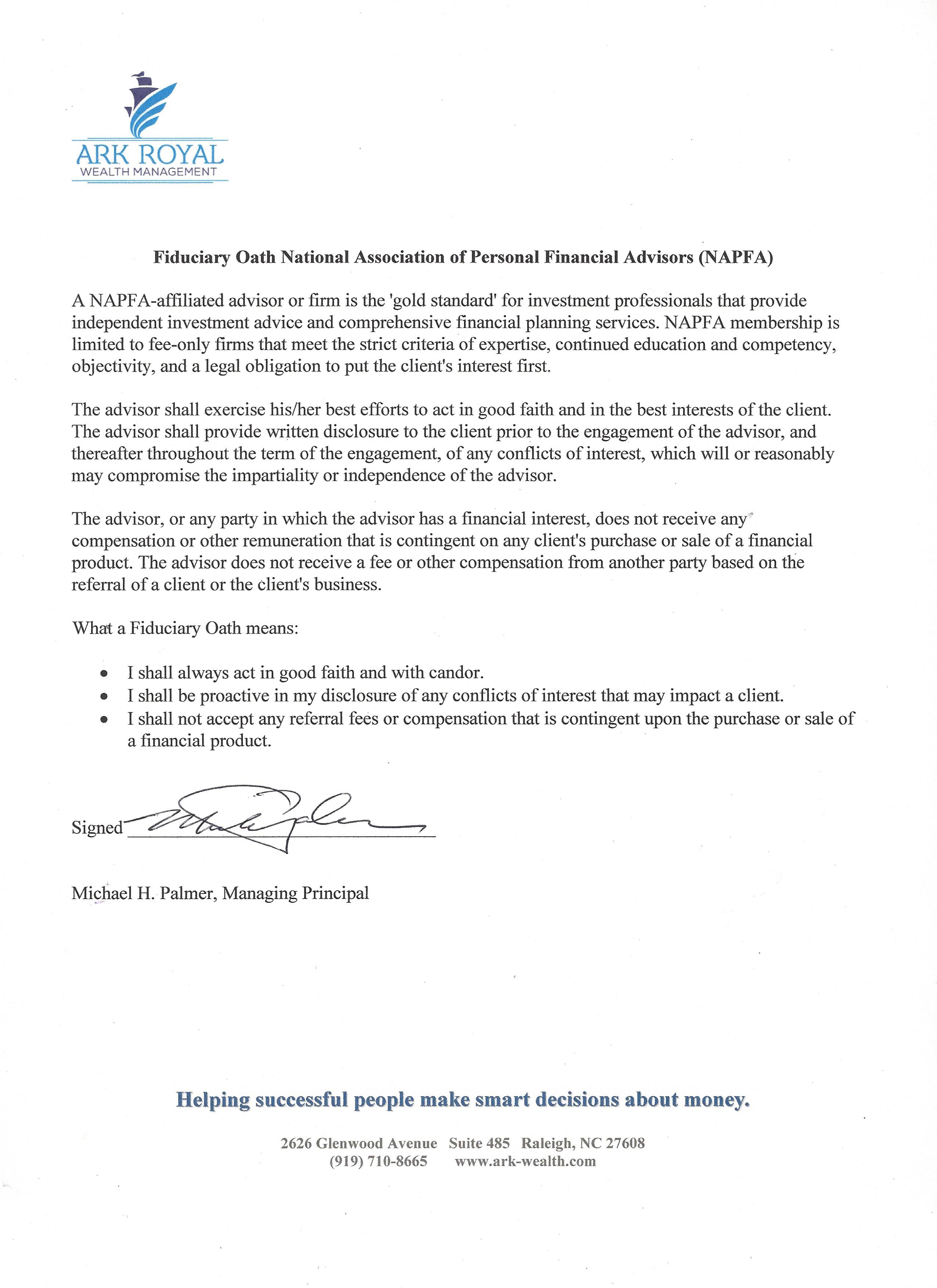 It seems the challenge for fiduciary advisors (those that put the client’s interest first - and do so in writing) is that most consumers know what they want, they are just unsure of where to find it. The big players in the financial services world (the large brokerage firms) seemingly do everything they can to make it appear they are on the same side of the table as the client, but act in a self-serving way.

Let me share three recent examples that I experienced over the last couple of weeks.

The first was a visit with a prospective client. Ed and his wife are both 72. Several years ago they purchased annuities in their respective IRA accounts. I personally believe the circumstances are few and far between where it makes sense to buy an annuity inside an IRA. But leaving that issue aside, what is egregious is seeing someone sold a fixed index annuity with a 7% / 10-year surrender charge. Annuities are like financial quicksand, easy to get in, hard to get out. On a roughly $400,000 investment, the broker made over $25,000.

The second example involves a fellow financial advisor, Bob, who shared what happened with a new client of his. Bob’s new client previously worked with Ameriprise. In reviewing the client’s Ameriprise statements he discovered the holdings included annuities, life insurance and non-traded REITs, products that have high expenses and typically are lucrative for the broker. In addition, Bob discovered that the Ameriprise broker had charged not only the client, but each of the trusts of his deceased parents $6,000 annually for financial planning, which totaled over $100,000. To make matters worse, there was no evidence the advisor ever delivered any financial planning. Ameriprise’s planning fee automatically renewed on all accounts. According to Bob, the planning fee was “disclosed” to the client on page 55 of a 62-page annual statement.

Finally, I have a new client who was dissatisfied with her Edward Jones relationship. She was referred to us by an existing client and liked the fact we serve as a fiduciary in all our work with clients. When she called her Edward Jones broker to inform him she was moving her accounts he naturally asked why. She said she preferred to work with a fiduciary advisor. His reply was, “we can do that.” I wonder if his reply would have been the same if a securities regulator had been on the other end of the phone to hear it.

For consumers it is really very simple. If you are considering working with a financial professional ask if they are willing to sign a fiduciary oath that in all their work on your behalf, they will always serve you in a fiduciary capacity. If not, my advice is to look for another advisor.