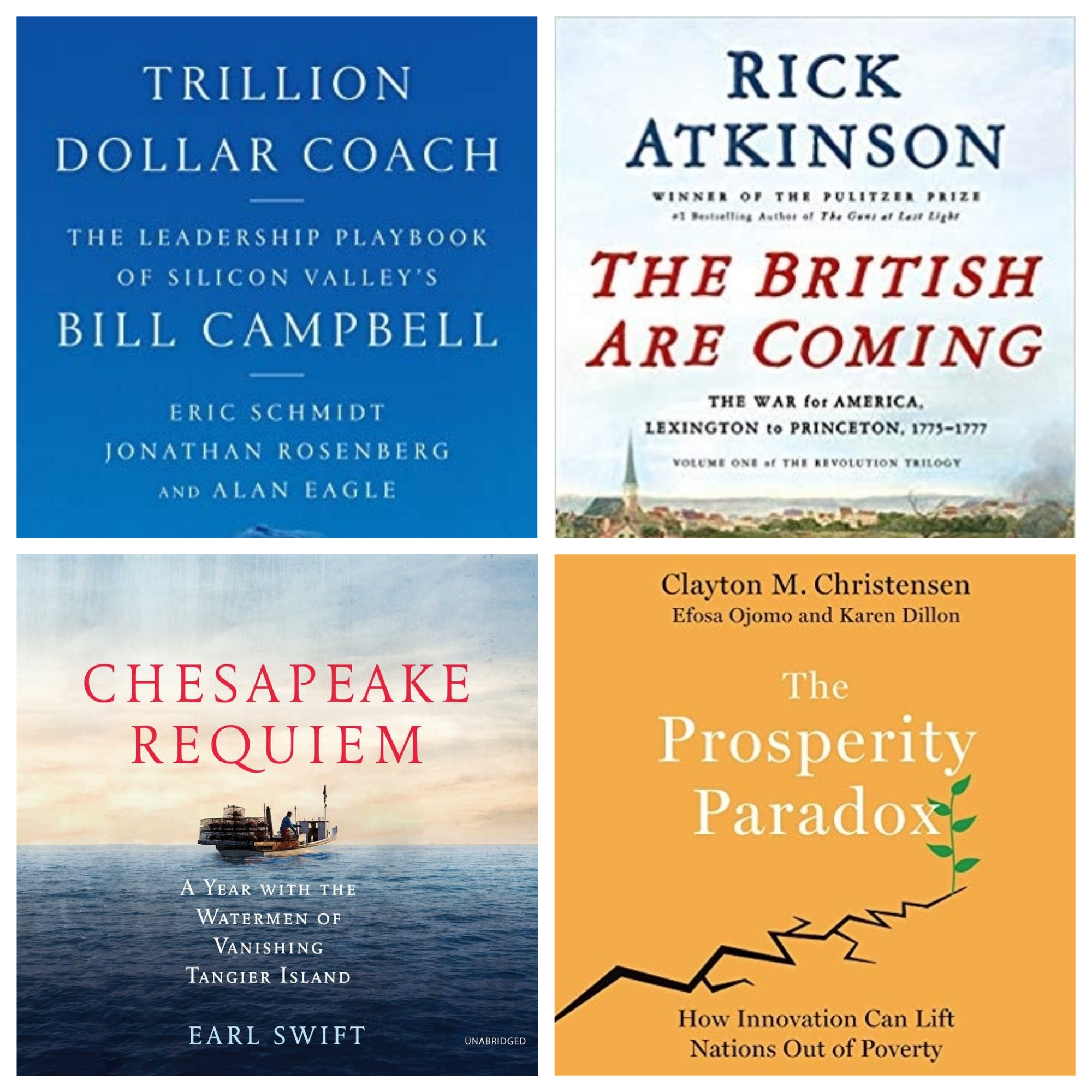 Memorial Day weekend marks the unofficial start of summer. Whether relaxing on the beach, or on your deck, it's hard to beat a cool beverage and a good book for summer relaxation! I'm glad to share four books from my recent readings that you may find of interest - enjoy!

The British Are Coming - author Rick Atkinson is well-known for his World War II trilogy series (An Army at Dawn, The Day of Battle, The Guns  at Last Light - I highly recommend all three). Atkinson has now turned his sights on the Revolutionary War, and this book chronicles the lead up to and the first two years of the conflict. It's hard to read the book (and the odds overcome along the way) and not feel the hand of providence guiding the fledgling nation.

Chesapeake Requiem -  I love soft shell crab, and Tangier Island in the middle of the Chesapeake is the blue crab capital of the world. This book chronicles the watermen of Tangier and their constant struggles with nature. The island is dying literally and figuratively, and foreshadows difficult decisions ahead for coastal communities impacted by climate change.

The Prosperity Paradox - As capitalism increasingly comes under attack, it's wise to consider the alternatives. Joseph Schumpeter noted nearly a century ago that "capitalism raises the standard of life of the masses." With numerous examples from every corner of the globe, Christensen makes the case that a rising tide does indeed lift all boats. Churchill famously observed that, "democracy is the worst form of government, except for all the others." This book makes a strong case the same can be said for capitalism.